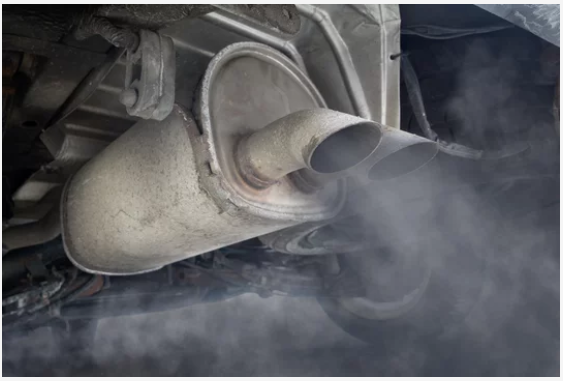 Diesel Particulate Filters (DPF) are very efficient at capturing polluting particulates from tailpipe emissions. However, if the DPF is damaged, particles will be emitted with reduced filtration, resulting in much higher particulate matter emissions levels.

Based on The Netherlands’ experience, an estimated 10% of diesel cars have damaged/faulty, tampered with, or unlawfully removed DPF filters. This issue is highly hazardous to human health. All Diesel cars first registered from around 2010 should have DPFs fitted i.e., most diesel cars on the road.

According to a recent DEFRA report on the Emission of Air Pollutants in the UK: ‘particulate matter ‘may enter the bloodstream and be transported around the body, lodging in the heart, brain and other organs.’ The fine particulates have been proven to damage human health by causing asthma, COPD, and cardiovascular disease.

The Dutch Government has justified introducing a DPF efficiency test as part of its Periodic Technical Inspections (PTI – similar to the UK MOT) based on TNO research. The plans to come into operation from July 2022 included identifying the testing equipment needed to measure DPF efficiency, plus the costs to equip inspection garages across the Netherlands. A cost-benefit analysis focused on public health, environmental, and business grounds demonstrated the costs of introducing the new MOT emission test of €11 million per year brought a €22 million or two-fold improvement in social benefits per year from cleaner air.

TNO demonstrated in report TNO 2020 R10006 that the DPF failure rate in the Netherlands was likely to be between 9-14% on vehicles mandated to have them fitted and working. The German 1 and Belgian Governments are adopting similar legislation after the Dutch move towards cleaner air. According to GOCA Vlaanderen, the organisation in charge of periodical technical inspections, the roll-out of the DPF control test as part of PTI is expected to adopt a similar structure and time frame to the Dutch across all three regions of Belgium.

The UK Government has announced a ban on the sale of diesel and petrol cars from 2030. However, given the average expected lifespan of vehicles, we can expect the issue of high emitting diesel vehicles with a malfunctioning or missing DPF to remain for some time to come unless we take action now. According to estimates based on the Dutch experience, the introduction of DPF testing could reduce PM2.5 in the UK by 1000 tonnes per year.

On 12 January 2021, the Dutch Government announced the new MOT regulations for DPF control in the Netherlands, which will come into force from 1 July 2022.

The Dutch introduction of particle number (PN) limit on Diesel vehicle emissions reflects the importance of stricter testing to reduce fine and ultrafine particles’ levels to improve road air quality. The filter’s efficacy can be checked by a simple pipe test at idle using a PN measuring instrument based on limits to show in-use compliance.

To illustrate the gravity of the issue, MOT Centre Van Abeelen APK in Hilvarenbeek, The Netherlands, measured a diesel vehicle with a faulty DPF using a brand-new Particle Number instrument.

The MOT Centre found out from this measurement that one single polluting vehicle’s idle particle emissions would be the same as from all the typical idling diesel vehicles with working DPFs combined in a 360-mile long, three-lane traffic jam.

It is currently lawful for diesel car owners during a transitional period to remove the particulate filter, but only if the filter is officially deregistered by the vehicle owner with the Dutch vehicle authority, RDW (Rijks Dienst Wegverkeer). The vehicle is then subject to a significant soot surcharge reflected in the owner’s road tax. This move creates a financial incentive to get rid of a car with a deregistered filter and move to an environmentally friendly vehicle.

It is clear is that The Netherlands is setting an example to other nations in terms of regulating DPFs. WCRAQ calls for the UK Government to implement DPF control to hold road users accountable for their road emissions in a reasonable and measured approach, as the new Dutch legislation demonstrates.

Ralph Wilce, founder of Wijs-Air and WCRAQ Chair of Air Monitoring, commented: ‘We congratulate the Dutch Government for being the first to recognise the importance of stricter MOT emission testing on all diesel vehicles fitted with a DPF at registration. It is the key to fast and low-cost urban road air quality improvement.’

Dr James Tate, Associate Professor at the University of Leeds and WCRAQ Chair of Research, commented: ‘We fear a significant amount of the very fine particles from diesel combustion are now coming from damaged or tampered DPFs. They simply shouldn’t be in the air we all breathe. The testing equipment technology to ensure failing DPFs is available for a reasonable cost. The UK should make it an absolute priority to tighten diesel MOT testing in the shortest possible time.’

Professor Sir Stephen Holgate, Clinical Professor at the University of Southampton and WCRAQ Chair of Air Health, commented:’ Nanoparticles from diesel exhaust are persistent, hardly degrade, are loaded with genotoxic compounds and deposit in the alveoli, deep in the respiratory system. They may even penetrate beyond transporting adsorbates into the body (Trojan horse effect). According to the WHO, diesel exhaust is a Class 1 carcinogen causing lung cancer in humans. This is why we must ensure that the diesel particulate filter captures these harmful combustions generated particles efficiently as it has been designed and certified to do.

‘We must check they keep working, as one thing is obvious; Particles Matter, so let’s filter them!‘

Barry Sheerman, MP for Huddersfield and Chair of WCRAQ, commented: ‘As a Commission, we are committed to identifying and following best practice in achieving improved air quality – drawing expertise from home and abroad. Governments across Europe, such as that in the Netherlands, are making real progress in reducing the levels of fine and ultra-fine particles produced by roadside air pollution through improvements to MOT testing.’

‘More rigorous assessments of vehicles’ emissions levels would mitigate the harmful health impacts of high roadside air pollution and in turn, save lives. We will continue to relay to the Government the merits of being inspired the successes from the Netherlands and bring attention to best practice elsewhere.’

We need to take action now

The Commission calls upon Transport Secretary Grant Shapps to follow the leading example of the Netherlands and implement stricter legislation to ensure the regulation of DPFs during MOT testing.