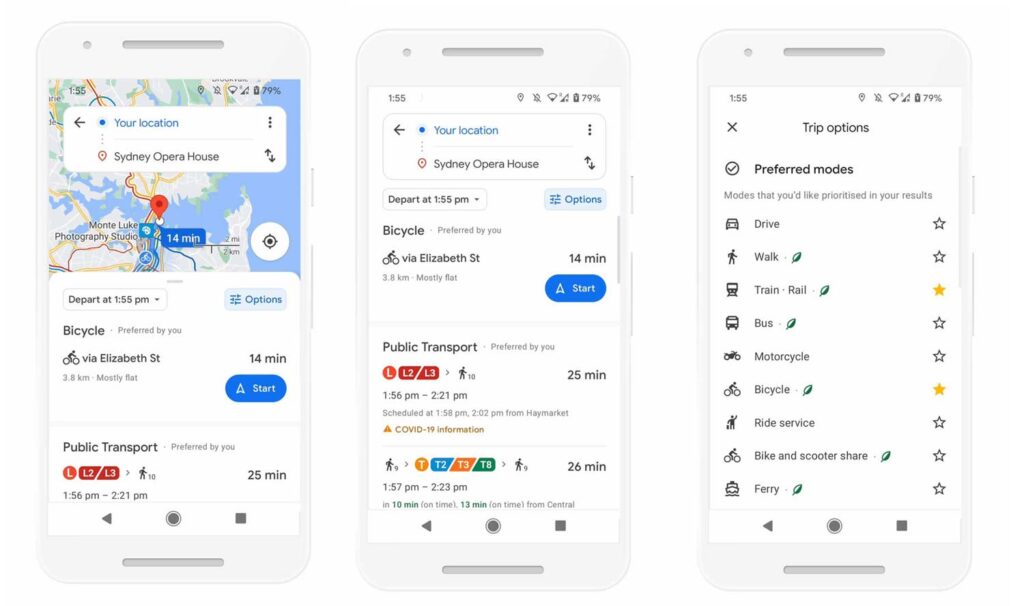 Google Maps will roll out a new feature to encourage drivers to take more eco-friendly journeys.

As part of Google’s aim to help users reduce their environmental footprint, the Maps app will soon switch to a new routing model that displays the lowest carbon footprint route. The app will consider factors such as road incline and traffic congestion when suggesting routes to optimise lower fuel consumption, whilst ensuring a similar ETA to the fastest path is maintained.

However, for those who would rather prioritise travel time, Google Maps users can adjust preferences in ‘Settings’ to display the fastest route by default.

Google commented that the feature will launch across the US on iOS and Android later in 2021, ‘with a global expansion on the way’.

In line with the rising number of low emission zones planned for 2021, the app will further alert drivers when the route passes through low emission zones, with a view to encourage people to choose alternative modes of transport. This will launch in June across Germany, the Netherlands, France, Spain, and the UK prior to a wider rollout.

The Google Maps app will also feature a multitude of other updates, including displaying all transportation options available to arrive to a destination, in an effort to help users travel more sustainably.