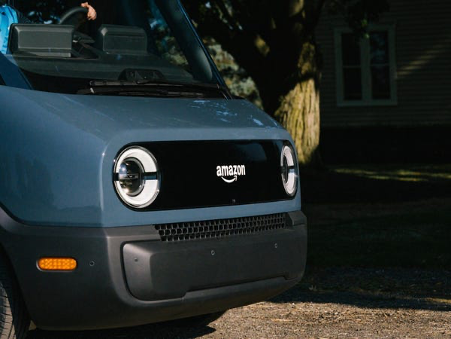 Amazon has just revealed the first of its planned custom electric delivery vehicles, complete with built-in Alexa, expected to be delivering packaged within a year. The company plans to have 100,000 on the road by 2022, and 100,000 by 2030.

Earlier this year, the e-commerce giant, announced it ordered custom delivery vehicles from electric vehicle maker Rivian. This scheme contributes towards Amazon’s goal of being carbon neutral by 2040 for the Climate Pledge, as well as helping the company in the growth of its logistics.

In the meantime, Amazon aims to source 80% of its energy from renewable sources by 2024, and 100% by 2030, in line with the deployment of the electric fleet.

Rivian has been designed with the driver’s need in mind, safety and functionality.

The state-of-the-art sensors for traffic assistance technology are built-in with Alexa voice assistant integration for hands-free traffic and route information, with 360-degree camera system linked to an extensive infotainment system, like the Tesla 3 unit.

The van has three levels of shelving and secure bulkhead door to prevent packages from moving and falling, and a roller shutter.

Bright tails have been integrated at the back of the van on both sides and roof to show other drivers when the vehicle is braking safely.

‘We prioritised safety and functionality to create a vehicle that’s optimised for package delivery. We thought through how drivers get in and out of the van, what the workspace feels like and what the workflow is for delivering packages,’ commented RJ Scaringe, CEO of Rivian.

Amazon is a rapidly growing delivery organisation, reportedly delivering 2.5 billion packages a year. In the space of 2019, it went from delivering 20% of its packages, to delivering half.